Learning about the history of Irish whiskey would be so much easier if we Waffle boys were able to actually be there to witness the highs and lows (and do a few tastings)! Luckily, through the medium of cartoon, we are able to travel back in time and discover the secrets of this triple distilled tipple for ourselves. 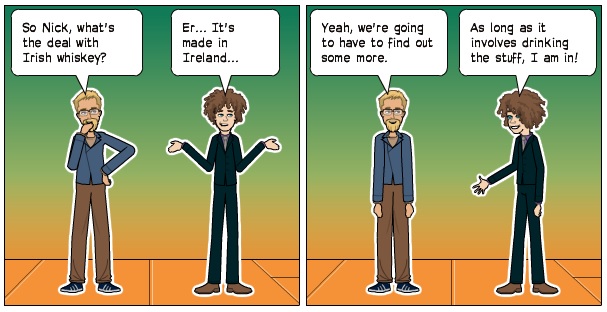 We begin our journey in the middle ages where Irish monks are distilling alcohol to create Uisce Beatha: the water of life! 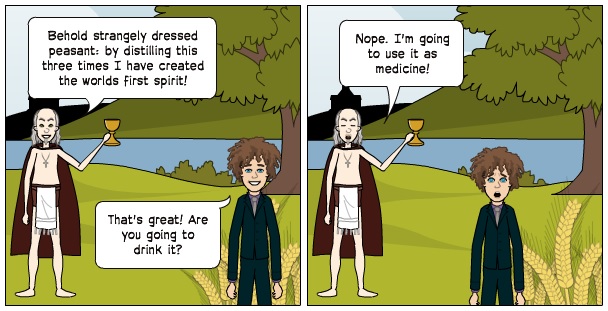 There is even a suggestion that it was the Irish who introduced whisky to Scotland, though this is, of course, disputed. What is not disputed is that in the early 19th century, Irish whiskey was the most popular whiskey in the world! Led by establishments such as John Jameson & Son Distillery, the style known as ‘Irish pot still whiskey’ was sought after worldwide! 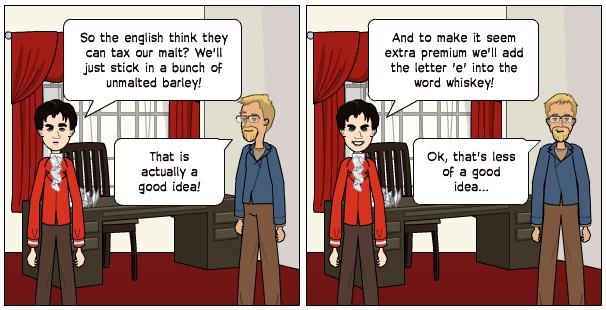 In fact, Irish whiskey consisted of 60% of worldwide sales. It was all going swimmingly until someone decided what Ireland really needed was a temperance movement. 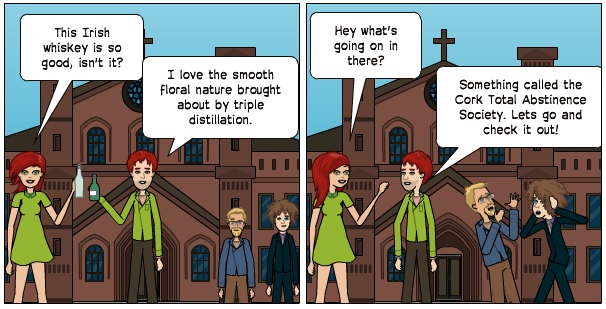 Fortunately Irish whiskey held on through wars and famines, although they did kind of shoot themselves in the foot a little when a man called Aeneas Coffey came knocking…

Irish whiskey had survived a lot. But the worst was yet to come. What could possibly be worse than the Irish deciding to ban alcohol?

Losing America’s market share was a blow, but at least the Irish could count on sales in the British Empire, right?

By the 1960s, the Irish whiskey industry was nearly kaput. The remaining distillers got together to discuss a radical plan to help them survive. 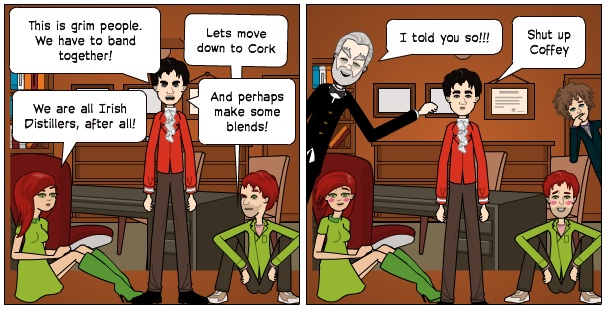 Irish whiskey clung on, though there were still very few distilleries operating. By the early 21st century only three were alive: Bushmills, Cooley and Midleton (Irish Distillers). Between them they made every single Irish brand on the market.

The hard work paid off. The recent explosion of interest in whiskies from around the world has seen the number of Irish whiskey making establishments quadruple in the last ten years. Kilbeggan, Tullamore, Teeling, Dingle, West Cork , Glendalough, Walsh, Blackwater and more have recently opened their doors.

We now enter what is being billed as a new ‘golden age’ of whiskey production in Ireland. There are many willing customers around the world, eager to discover what these new distilleries are all about. Things are certainly looking up. Irish whiskey is back from the brink.