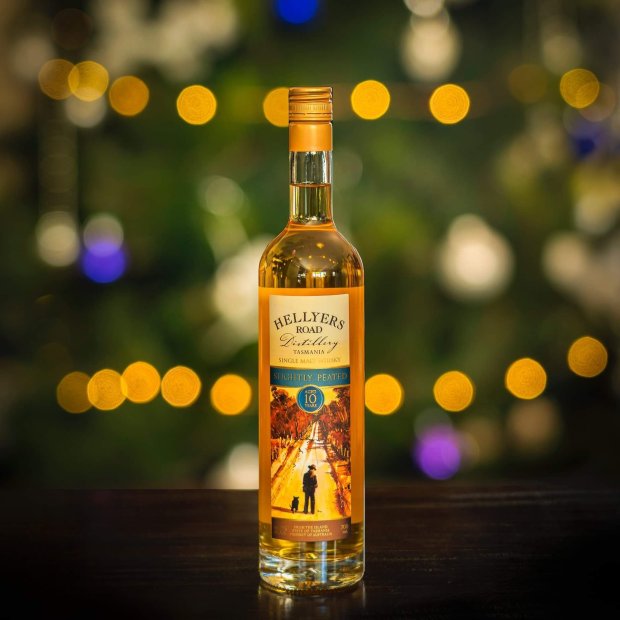 Tasmanian whisky has been smashing gongs on the world stage again. The winners at the World Whisky Awards in London, widely recognised as the pinnacle for the industry, have just been announced and little ol’ Tassie has strutted it’s stuff in style. Repeat offenders Sullivans Cove, widely lauded for picking up Best Whisky in the World in 2014 and launching our little state squarely into the spotlight, has picked up the award for Best Single Cask Single Malt for the second year running. The drop that seduced the judges this year was TD0217, a rich, spicy, fruity French Oak cask release.

Even closer to home for Whisky Waffle was the winner of the Best Australia Single Malt, with Burnie locals Hellyers Road taking home the award for their Slightly Peated 10yo. When I congratulated Master Distiller Mark Littler and his team on the win he told me that “all of us at the distillery are very excited about receiving this global gong for the Slightly Peated 10YO. It is a London seal of approval supporting not only the quality of our whisky, but also our vision to create a world class whisky business from the North West Coast of Tassie”.

Congrats to Mark Littler and the Hellyers Road team!

Also worthy of mention is the winner of the World’s Best Single Malt (aka, the best of the best), the Teeling Whiskey 24yo Vintage Reserve, the first time an Irish drop has picked up the prestigious award.

Check out the rest of the winners here: http://www.worldwhiskiesawards.com

What’s that stuff called when you chuck leaves in your whiskey and forget to distil it? Oh yeah, beer. Yep the difference in DNA between a pint and a dram is about the same as us and orangutans. Therefore, it stands to reason that the two should compliment each other quite nicely (and indeed they do, hence the existence of boilermakers).

Another thing that beer and whiskey share (at least sometimes) is being aged in oak barrels. So what happens if you pull a switcheroo on the barrels after they’ve been used? A conversation in a pub in Cork, Ireland, led the master distiller at Jameson Distillery and head Brewer at Franciscan Well Brewery to try to find out. Jameson barrels were sent over to the brewery to age stout and then returned again to create the Jameson Caskmates Stout Edition Whiskey.

On the nose the Caskmates Stout Edition has that light, smooth, honey and floral triple-distilled nose with a hint of mass production shared by the standard Jamo’s. The mouth is creamy, as stout should be, before finishing on a bit of a herbaceous note. Could that be the hops…? Nah.

Look, here is my problem with beer cask aged whiskeys. Because of that shared DNA, I just don’t think that the beer casking ever shines through enough, particularly with a stout cask, which is not terribly hoppy in the first place. Perhaps an ultra-hoppy American-style IPA would smash through… but would it be nice?

At the end of the day the Caskmates Stout Edition is a solid entry level Irish whiskey, but no better really than the original version, perhaps just a tad creamier. As of 2019, Fransican Well has apparently been replaced by Eight Degrees Brewing, but I’ve tried them both side by side and can’t report any discernable difference. The good news is that the Stout Edition is not much more expensive than the vanilla version, so if you like the novelty factor, go for it.

Whiteboards across America are currently full to bursting with the scenarios and machinations of the National College Athletic Association Division One Championships, which is, apparently, a basketball tournament. Across the country sports fans go AWOL for the month as they construct their own brackets to try to predict the direction the results may take.

While the Whisky Waffle boys are not so interested in the basketball, we are somewhat curious about the format. So, with much excitement, we present our own spin on the competition: March Whisky Madness!

Starting now, and finishing… whenever we finish, we’re putting the vote to the people! Through comments on this post and on social media we’ll tally up support for each whisky to decide who will progress to the next round. Then we’ll post the second round and go again!

There is no criteria to your vote – decide however you like! If you’ve not tried one before, bad luck for that whisky! If you don’t want to vote on every match up – just skip that one! If you own a bottle or two, why not set up a head to head tasting to truly decide!

Post a comment with the list of your choices, or if you don’t want everyone knowing your opinion, email us at whiskywaffle@gmail.com We’re also constructing an email list for each round, so send us an email if you’d like to be included.

It’s meant to be a bit of whisky-nerdery fun, so start voting and help us find the 2019 March Whisky Madness Champion!