Welcome one and all to the most anticipated award ceremony ever to take place on social media! Nope, it’s not 2017’s Most Carelessly Dressed Celebrities (that’s the second most anticipated) but instead the 2017 Waffle Awards – the prizes given by Australia’s most tongue-in-cheek whisky blog, Whisky Waffle, to the drams that excited them most in the last 12 months.

The rules are simple, all winners must be whiskies consumed by the lads for the first time in 2017 – and they must be able to vaguely remember the experience the following day.

So strap yourselves in for a wild, controversial and extremely subjective ride through our picks of 2017!

The Isle of the Drammed Award for the best Tasmanian whisky

As proud Tassie boys, our first award is for the best dram made in our state in 2017. This year, the Isle of the Drammed goes to:

Hailing from Tasmanian independent bottler Heartwood, the curiously named @#$%^&* bears the usual madcap cask-strength touch of its creator Tim Duckett, starting in 2nd fill port casks, then finished in 1st fill sherry casks before being bottled at a juicy 62.5% (which, believe it or not, is on the lighter end for a Heartwood).

Tim claims the name comes from the fact that it caused him a great deal of grief during its creation. The @#$%^&* has proved to be something of a sleeper agent for us actually; we’ve tried it alongside other Heartwoods that seem to have the ol’ razzle-dazzle in spades, but somehow the @#$%^&* keeps calmly stepping out as the favourite. Maybe it’s the special edition dinosaur-themed label artwork drawn by Jon Kudelka. 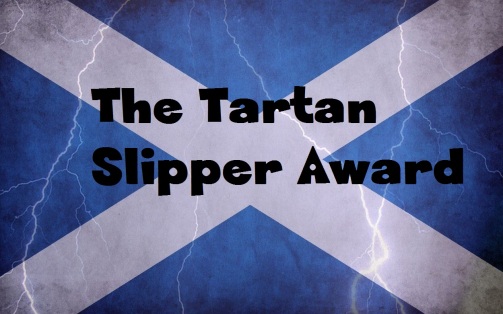 The Tartan Slipper Award for the best Scottish whisky

The Scottish stuff is what got us hooked on whisky in the first place and we are continually discovering new exciting drams from the motherland. This year, the Tartan Slipper goes to: 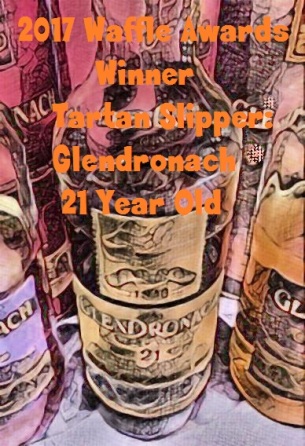 Glendronach do sherried whiskies as well as anyone in the world and after trying the 18 Year Old I thought it could not get any better. I was wrong. Hidden away at a corner table at Whisky Live Hobart was this absolute gem of a whisky. It redefined my relationship with sherried whisky. I went back for seconds.

Buying whisky is an expensive business – so value for money always makes us very happy. This award is for the whisky we considered to be the best value in 2017. This year the Pocket Pleaser goes to: 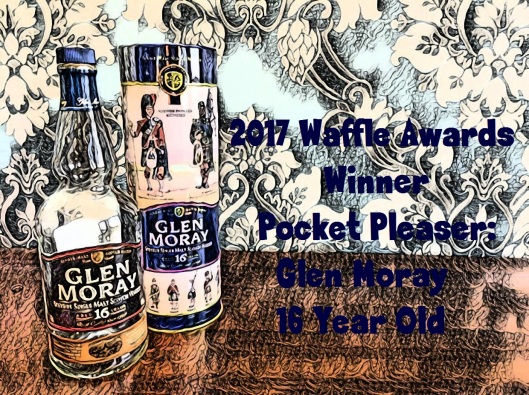 Glen Moray produces great bottles at more-than-acceptable price ranges, but this is possibly the best value of the lot. The 16 Year Old is far smoother and nuanced than the 12 and for seventy dollars (Australian) it is a must have for all whisky fans with bills to pay. Plus it comes in a shortbread tin! Nuff said. 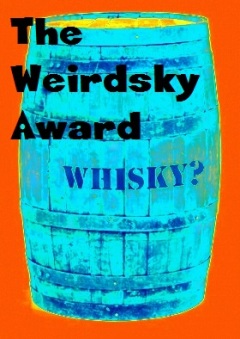 The Weirdsky Award for the most WTF whisky

This award is dedicated to the strange and the bizarre. Whisky that we may not consider… good… per say, but a dram that has certainly intrigued us. This year, the Weirdsky Award goes to: 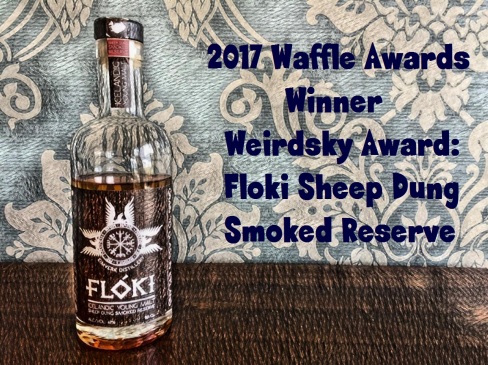 Ok, we realise this technically isn’t whisky as it’s still under 3 years old, but it is so bat(sheep?)-shit crazy that it deserves a mention here. Iceland is a place – you may have heard of it. It has lots of spectacular scenery. It also has lots of sheep. And a whisky distillery. For some reason the distillery, Eimverk, thought it would be a good and reasonable thing to smoke some of their barley using poo from the aforementioned sheep rather than peat, which there is also lots of on Iceland. Smoking things with poo is traditional over there apparently.

I am of the opinion that the Flóki Sheep Dung Smoked Reserve is the drinkable version of a traditional Icelandic delicacy: fermented shark, or Kæstur hákarl, a dish that is surely only used to make unwary tourists cry. The locals are obviously made from tougher stuff than the rest of us. Stick with the standard Flóki release (which is rather good) until, like the best Kæstur hákarl, the Sheep Dung Smoked Reserve has aged for a few more years.

The Bill Lark Award for service to Tasmanian whisky

The Tasmanian whisky industry works because it is driven by so many wonderful people. We like to recognise one of these people each year with an award named after the founding father himself. This year, the Bill Lark Award goes to:

Patrick Maguire is a founding member of the Tasmanian distilling scene. A contemporary and a colleague of the man whom this award is named after, he took the bold step in taking over Tasmania Distillery and cleaning up the slightly tainted name of Sullivans Cove Whisky. Not only did he get it back on track, but he took Tasmanian whisky to a whole new level when his release from French Oak barrel HH525 won best whisky at the 2014 World Whiskies Awards. Tasmanian whisky was changed forever and has gone from strength to strength ever since thanks in no small part to the perseverance of one Patrick Maguire.

The Golden Dram for the best dram whisky in the world

Here it is. The big one. The best whisky of 2017. Previous winners have included Highland Park and Octomore but this year… drum roll please… the winner of the Golden Dram, the BEST whisky in the world is… 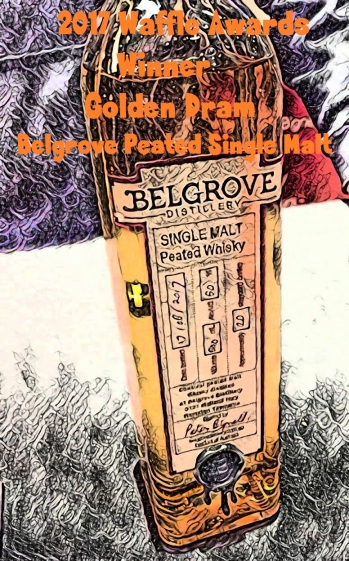 Thinking back across the year to select a worthy drop for The Golden Dram, the Belgrove North East Peat Smoked Single Malt stands out in memory as the one that made me the most effusively loquacious in my attempts to promulgate its meritoriousness. Translation: I was damn excited and wanted everyone to know it. Belgrove is more usually known for its excellent ryes, but the Single Malt is a credit to the versatility of its creator Peter Bignell, a previous winner of the Bill Lark Award. What makes this particular whisky so excellent is the peating; hitherto Tasmanian peat has been sourced from sphagnum bogs in the highlands, which are almost exclusively controlled by Lark.

The peat in this whisky comes from a new source in the North East of the state, dug from a farm owned by Peter’s brother. The first time I took a sip I was sure that I had been accidentally teleported to the West Coast of Scotland! Compared to the softer peat of the Tasmanian highlands, the North East stuff is richer, earthier and more elemental, drawing links with the Scottish coastal and island drams. Sit that over a superbly crafted spirit and I am happy to lay my cards down on the table and declare that I think Peter has a world-beater on his hands. Bloody good stuff.

An honourable mention goes to anything made by Glenfarclas. What a great distillery and still family owned too! In particular the excellent ever reliable 15 Year Old, but also the 40 Year Old, tasted by Nick at the Old and Rare bar at Whisky Live Hobart. It was the best possible conclusion to a fantastic session.

The Founders Reserve Award (AKA the dishonourable mention) goes to White Oak Distillery for proving that just because a whisky is made in Japan, doesn’t mean it’s worth taking on a sumo wrestler to sample.

So that brings us to a close of our 2017 awards. It sounds like the makings of a good tasting! Though maybe give the White Oak a miss.

Let us know your own nominations in the comments! As always, thanks for your support. 2017 has been the biggest year so far for Whisky Waffle! Let’s make 2018 even better!