PART FOUR: Islay – the east and the north 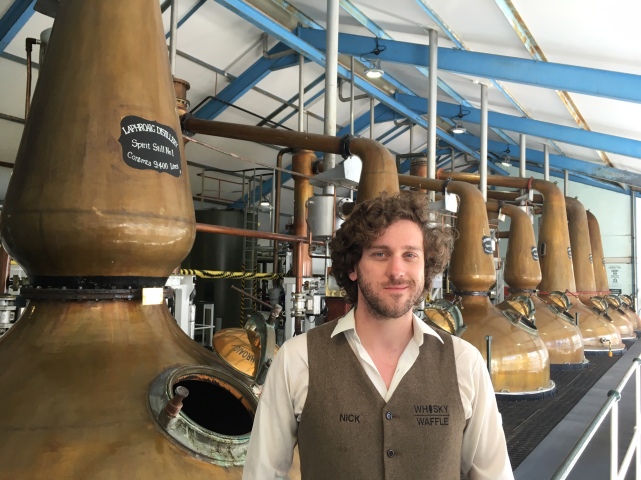 If I were to be completely honest with myself, I would admit that three of my top five distilleries in Scotland are just outside of Port Ellen. If I were to be even more completely honest then I would revise that to three of top three. And these three, the holy trinity of Islay, were to be my destination on my final full day in Scotland. As all three were within a short walk of one another I coined this day as ‘the world’s greatest pub crawl’. The only question was, where to start? Due to a combination of tour times and proximity to my accommodation (a three-minute walk, no less) I began my epic day at Laphroaig.

The tour was in-depth and the tastings phenomenal – three barrels were lined up ready to be valinched into our glasses – the first a quarter cask on steroids, the next a 14 Year Old bourbon cask, before finally, the pièce de résistance, a 52% 14 Year Old whisky which had spent it’s time equally in bourbon and Amontillado sherry. I was fortunate enough to take home a 200ml bottle of the latter, and my colleague was suitably impressed. I also claimed the rent for my square foot of land and learned to pronounce Cairdeas (hint: think Steve Macqueen).

Fifteen minutes up the road was Lagavulin, a crucial distillery in Whisky Waffle history and I wasted no time ensconcing myself in their new tasting centre. While there are not many varied Lagavulin releases on the market, if you find yourself at the distillery then you’ll be treated to a range of rare special editions created for Feis Isle celebrations and Jazz festivals. The pick was the 54% Double Matured Distillery Exclusive. At this point of the day my tasting notes were starting to get creative. I have noted: “like sitting in a cart pulled by a noble steed. Or in a palanquin carried by muscular Persians sweating in the Arabian sun”.

Unbelievably, the best was yet to come. Several things influence one’s enjoyment of a tour: the quality of the distillery (and therefore the whisky), the engagingness of the guide and the friendliness of the people on the tour with you. Well, once in a while the stars line up and you get all three, and that was the case with my Ardbeg ‘tour at two’, commencing, funnily enough, at two o clock. And it was one for the ages. Our guide, wee Emma (apparently there are two Emma’s who work at Ardbeg and we got the smallest – and the best!) was friendly and knowledgeable about peated whisky – an islander through and through. The tour itself was thorough but individualised – it didn’t feel like a re-tread of all that had come before. And the group was amazing. We settled ourselves down in a bond store for some tastings and when the drams started flowing (Grooves, Alligator and any number of single cask releases) we took it in turns to chat about our backgrounds, favourite drams and that first bottle that opened our eyes to whisky. We could have stayed there longer – but a knock on the door to the warehouse by the production boys alerted us to the fact it was 5 o clock and the tour was meant to have finished an hour ago. “Sorrynotsorry” was everyone’s response. It was a magical experience and one I feel truly reflects a wonderful distillery. I can say, hand on heart, it was the best tour of the trip and remains a fond memory in my Waffly heart. 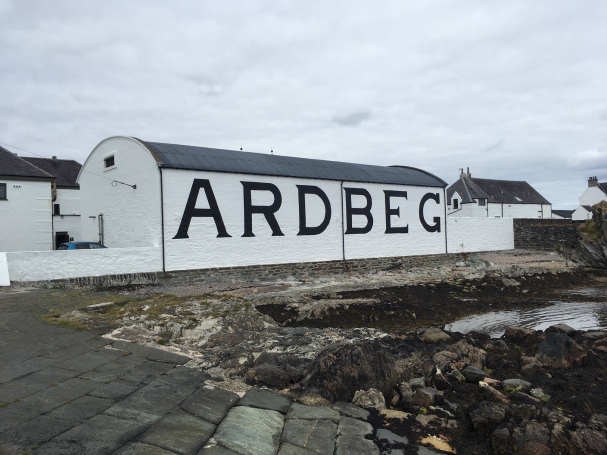 I woke the next day with a heavy heart. Partly because of the number of drams I’d consumed the previous day, but also because it was my final day on this spectacular island. My ferry left at 3pm which gave me just enough time to fill in the gaps I’d left. Despite feeling a little tender I could not resist tasting a few distillery exclusives at Caol Ila. I wasn’t sure what to expect from this giant distillery but what I found was a warm welcome and delicious whisky.

My welcome was just as warm at Bunnahabhain, who, despite building work preventing me from touring the distillery, gave me an extensive tasting (which I was able to transfer most of each glass into small bottles – my liver thanked me later) and fantastic conversation. It was one of the friendliest distillery experiences I’d had in the previous eight days and I cannot wait to go back and visit these guys again.

Then, before I knew it (after a sneaky couple of photos at Ardnahoe), I was back on the ferry and leaving Islay.

I can say with certainty that my visit to Islay had been the pinnacle of my whisky journey. The people, the scenery and the peat gave it the edge, but despite the size of some of the operations it just felt like I was on a tiny whisky-centric island which hadn’t changed much since the first dram had been distilled there. Sitting on a small rise of land across the road from my Airbnb looking out at the view (Port Ellen on one side, Laphroaig distillery on the other) I felt as connected to a place as I ever had. The pun writes itself, but I truly mean it when I say it was a spiritual experience. 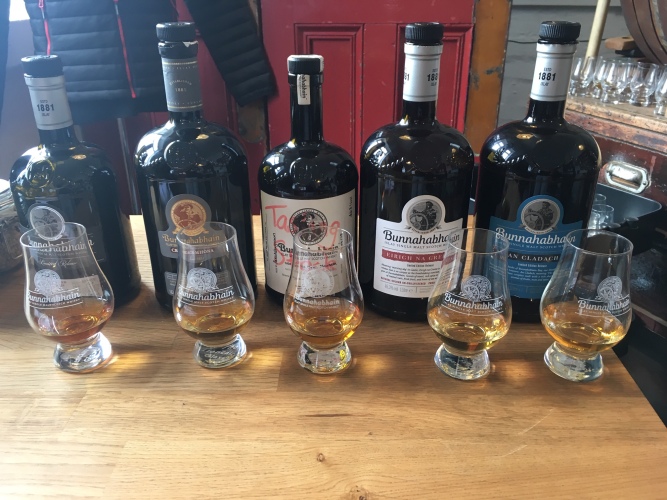 And thus my whisky journey was at an end. Despite Islay’s dominance in my writing, every aspect of the trip was phenomenal. As a whisky fanboy, the range of flavours across one little country inspired me. But the biggest impact was made by the people behind the scenes, making and promoting the drams I loved so much. Their warmth and generosity (and patience with all my questions) was a credit to the industry and made this Waffler very happy multiple times over.

So would I go back? Oh, you bet I would – in a heartbeat. I’d probably stick the anticlockwise trajectory – like the best tastings you’ve got to start with Speyside and end with Islay. I hit up some amazing distilleries and crossed off a few bucket list items, though left a few remaining (I’m looking at you Campbeltown, Orkneys and Edradour). If you’re about to embark on a trip to the motherland I absolutely recommend the anticlockwise direction and all of the establishments I found myself at – though I’m sure there are some wonderful places I missed (if so please let me know!). However, sitting on the train taking me towards Glasgow (Prestwick) airport I was a contented Waffler with a heart full of fulfilled dreams. 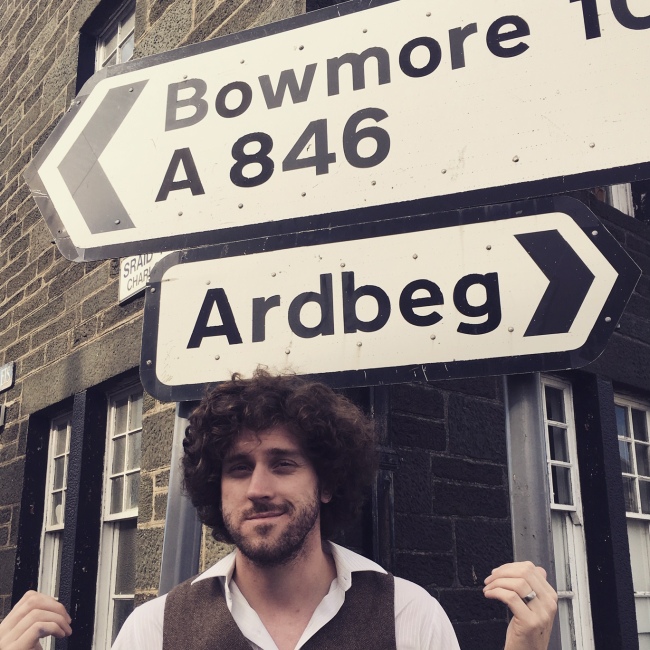