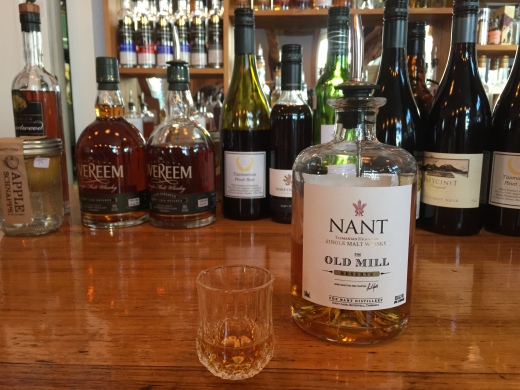 Over the duration of co-running this blog, I have waffled at length about the friendly and supportive whisky community in my home state of Tasmania. Well, forget all that – because a Tasmanian distillery is in trouble and no one seems to care.

It was recently revealed that the founder, figurehead and all-round head honcho of Nant Distillery, Keith Batt, has filed for bankruptcy. Batt, a Queensland businessman, built Nant distillery up from nothing, restoring the old water mill and establishing Nant whisky bars across the globe; not to mention claiming several liquid gold prizes along the way for his wares. He’s done amazing things for Tasmanian whisky – so why are people not more concerned for his distillery?

I’ll admit that I am exaggerating a touch in saying that no one cares – I for one certainly care. Over the years I’ve experienced many pleasant evenings sampling drams at the Nant Whisky Bar in Hobart, enhanced immeasurably by their wonderful staff members who are always happy to indulge my whisky curiosity. I have visited the picturesque distillery in Bothwell and enjoyed wandering their grounds on a near perfect summers day. I own a bottle of their port matured single malt and will be sad when the last drop disappears. I will forever stand by the product and the staff. But Nant Distillery itself is a hard one to like.

I love being part of this little whisky business here in Tassie so much so that I sometimes forget that it is exactly that – a business. Nant’s management have not lost sight of this. Keith Batt has not set out to make friends, but to create a whisky empire bent on global domination. Taking part in local Tasmanian tasting events is not part of this vision. Nor is pooling resources and sharing promotion. Other distilleries are not co-creators, but competitors. This outlook is both business savvy and totally opposite to the remainder of Tasmania’s close-knit distilling community. I agree with Batt’s motives, but not his means.

So how exactly will Keith Batt’s bankruptcy affect the distillery? According to the man himself, not at all. Batt is understandably keen to calm the waters, pointing out to The Mercury in Hobart last week that as of August last year he is “not a director, a shareholder or a beneficiary of that trust”. This role was recently (and conveniently) reappointed to his wife, Margaret Letizia. And yes, it does all sound rather dodgy, although it can be said that his financial problems were not in fact due to distillery-related debts, but issues for his property development business which is still experiencing a hangover from the global financial crisis of six years ago.

There are a number of people waiting with baited breath for the smoke to clear over Batt’s financial problems. For a start there are the thousands of investors who have pledged over 18 million dollars into barrels of whisky that they may never see. I caught up with one such investor who told me:

“As a whisky barrel owner, you start to wonder how much substance is contained within the creamy embossed paper of the share certificates. I don’t own the barrels, only what is in them and should the business go under I don’t know what I’m going to do with four hundred and fifty litres of half finished whisky or even how I’d get it home. Can you just turn up with a boot load of jerry cans? Guaranteed buy back? Nothing is guaranteed.”

While most seek only to see their money returned, others have attempted to claim their barrel with little success. However, for a man so protective of his brand, I can understand his hesitancy in seeing his product in other bottlers’ hands. Referring to them as “inferior brands” however is an unkind assumption and further evidence of why he is far from popular among the Tasmanian distillers community. 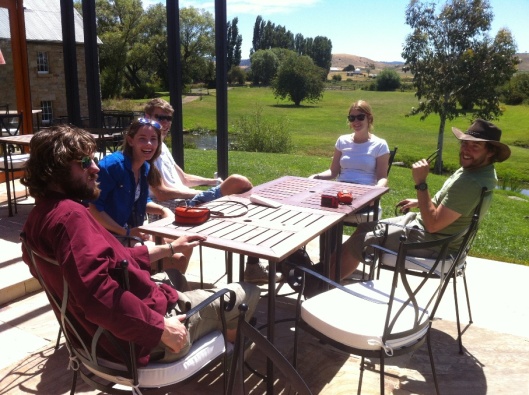 Photographic evidence of a great afternoon at Nant. Yep, isn’t my beard awesome.

It’s hard to fully sympathise with the struggling Keith Batt and his business-first methodology. However, I prefer to make my best effort to differentiate the distillery from its management. For the sake of their investors, their staff and heck, let’s not forget their high-quality whisky, I hope that Nant Distillery is not adversely affected by their founder’s financial predicament.