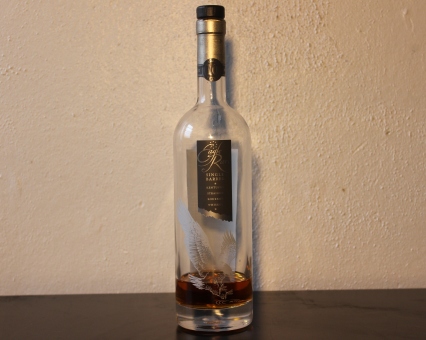 On a scale of one to freedom, how symbolic is the Eagle of the might, majesty and democratic way of the US of A? Let’s just say that if you gave Captain America a nuclear powered cheeseburger and stood him on top of a NASCAR on the deck of an aircraft carrier while an Ivy League college marching band played Star Spangled Banner and F-15’s, Apaches and Chuck Norris with bear arms flew overhead, then you would probably come close. Therefore, calling your bourbon, that most patriotic of spirits, ‘Eagle Rare’ and slapping a bald eagle and some stars on the front probably isn’t the worst idea ever conceived.

To tell the truth, while I have portrayed the Eagle Rare in a rather bombastic, gun totin’ fashion, it is actually a drink of some sophistication and refinement. Think Atticus Finch rather than Redneck Rambo. Eagle Rare is owned by Buffalo Trace, based in Frankfort, Kentucky, where it is part of their stable of sub-brands (or should that be aviary? Eyrie? I give up). Recently the distillery has courted some concerns by dropping the phrase “Single Barrel” from the Eagle Rare label (mine still has it) and moving the age statement to the back. Management has assured fans that the changes are the result of moving the production line to a different location and running on new bottling equipment, and that the ageing and barrelling methods will be the same as ever. Watch this space.

Unlike Scotch, which is usually aged for at least 10-12yrs, bourbons are for the most part not aged more than 6-8yrs, and quite often less than that. This difference in aging cultures can be attributed to the use of virgin oak barrels and generally warmer storage temperatures, allowing bourbons to mature faster, therefore meaning that they can be happily released at a younger age. Sometimes though, particularly good barrels are allowed to continue for a longer period, which is where premium expressions such as the Eagle Rare Single Barrel 10 Year Old come into play.

On the nose the Eagle Rare is unctuous, with a smooth feel that slides like a well oiled machine part. It’s body is as warm, fat and fuzzy as a newly hibernating bear, and filled with baked caramelised apples covered in buttery pastry. The first sip is light and sharp, like a sweet, crisp apple. The copper liquid sits on your tongue like a gentle warm thermal, allowing the eagle spirit to soar up to the roof of your mouth and down your throat. For a bourbon represented by such a big bird, it feels surprisingly delicate, especially considering the fact that it is bottled at 45%. Must be the hollow bones. 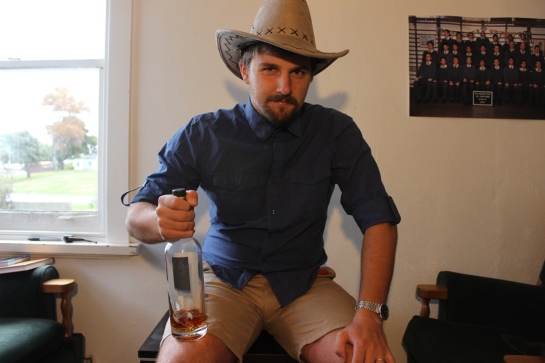