You know in sci-fi/superhero movies and comics how a certain event happens and suddenly strange things start to occur elsewhere? Like, a glowing, green meteorite crashes into Sydney and not long after a group of lads in rural New South Wales start to evolve in response? Maybe they even join forces as a team, with cool names (cos you gotta have cool names) and start to explore their powers? And of course, they have to have a rad lair to set up shop in.

The stuff of fiction? Maybe. But it was easy to draw comparisons with these elements when we caught up with Dean Druce from Corowa Distillery about the release of ‘The Corowa Characters’ single malt wine cask –

Whisky Waffle: G’day Drucey, we recently got our hands on the Characters and it’s a cracker. On the side of the bottle are four caricatures sporting interesting names: The Boss, The Dreaded Distiller, The Fuzz and Muscles. Your website says the release ‘celebrates the people behind the whisky made here by us in Corowa’, but doesn’t really say who these guys are. Can you tell us a bit more about the lads hanging out on the side of the bottle?

Dean Druce: I’m the Managing Director, therefore I’m ‘The Boss’. [I’m also] the ‘ideas man’ as my favourite line is “I’ve been thinking……..”, at which point everyone starts to cringe.

Beau Schilg is the ‘Dreaded Distiller’ due to his hairstyle. The ‘perfectionist’ relates to how seriously he takes his craft of producing good spirit.

Tyler Spencer is our brewer. ‘The Fuzz’ likes his own jokes and comes up with lots of one-liners hence the ‘resident funnyman’.

Paul Miegel is our production manager. ‘Muscles’, like all good nicknames, came from a case of mistaken identity. It’s also his social media persona from hosting a 60sec episode each month on Facebook & YouTube titled ‘A minute with Muscles’. He has thousands of followers, thus the title of ‘social media influencer’.

WW: Sounds like a solid crew. So were you all in it from the start/known each other for ages, or did people gradually come on board over time?

DD: When my father, Neil, bought the former Corowa Flour Mill for $1 from the local Council in 2010 [Ed. definitely a story to be explored at another time], I moved to Corowa to manage the business. I enjoyed playing AFL, so joining the local Corowa/Rutherglen FC seemed a good way to meet people and become part of the community. That’s where I met Beau.

As renovations continued, I asked around the club if anyone was interested in making whisky [and] Beau put his hand up. When we started distilling in 2016, the ‘Dreaded Distiller’ was born. [He was] one of the youngest distillers in the country at the time.

Tyler is the son of a local football hero and a good player in his own right. He was looking for a career change and we were looking for a brewer so he joined the team.

‘Muscles’ was one of the original investors when we started the distillery and with a background in pharmacy. Once we had whisky for sale, he became the production manager.

DD: With the majority of our workforce under 30yo, there is a natural energy that radiates from younger people. The four guys all get along well and there is always good banter around the distillery. Being such a young distillery, there is lots of excitement about the future. 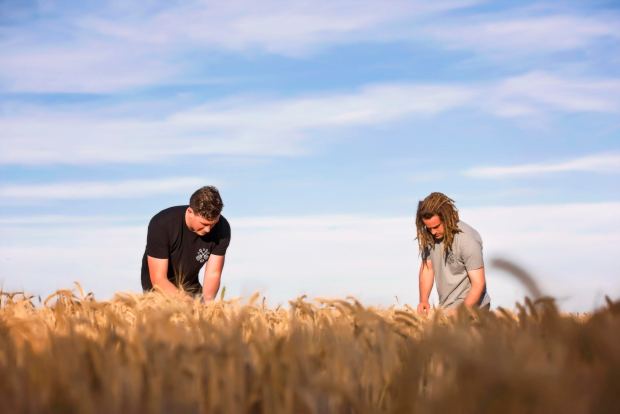 DD: Initially the town was really excited… then frustrated as they discovered how long it took until there was product [ready]. The benefit of a small town is that everyone knows us and recommends us to their friends and visitors as a place worth checking out.

All our whiskies have a local connection and we couldn’t think of anything more local than the guys that put it together. It’s as much about putting Corowa on the map as it is about the whisky itself.

WW: What’s important to you as a team?

DD: We are deadly serious about making a great product, but by the same token, we don’t take ourselves too seriously. We like to do things a little bit differently, be a bit cheeky about the snobbishness of the industry, but respectful of its history. 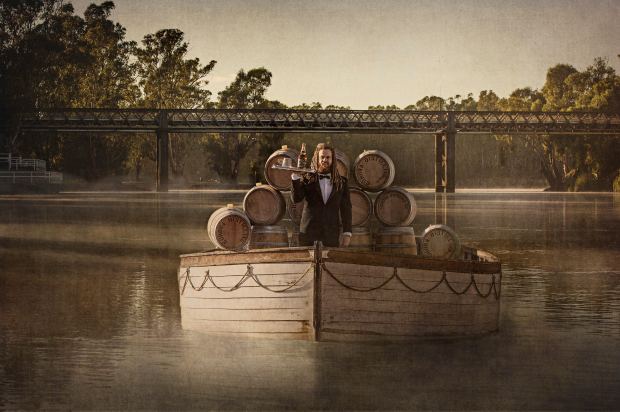 WW: Compared to a lot of Aussie whiskies, especially on the smaller scale, the Characters is insanely good value. It’s definitely Corowa in style, but much softer and more forgiving than something like the Bosque Verde (Whisky Waffle whisky of the year 2019), so we think that it will appeal to a broader audience. What made you decide to release this as a sub $100AUD whisky rather than in that $150-$200AUD sort of bracket?

DD: The Australian whisky market is maturing (in taste!) at a rapid rate. When [Sydney outfit] Archie Rose released their beautifully presented Rye whisky at $120, they changed the expectation of the market. We decided that if we wanted to remain “in the game”, as well as giving our profile a significant boost, we needed to establish a product true to ourselves at a price that both we, and the consumer could afford.

WW: Do you think that having a whisky at that more accessible price point will encourage people to try something different and get away from the Scotch?

DD: A significant percentage of visitors to our distillery are not regular whisky drinkers at all, but rather tourists looking for something different. Our heritage-listed building, chocolate sales, cafe and distillery provide a unique experience. By providing an approachable, value product we are able to introduce non-whisky drinkers to the industry, and the Australian style, thus growing the Australian market.

WW: In terms of the whisky itself, where are the wine barrels sourced from, and what type?

DD: The barrels are predominantly from the Barossa, with some from Rutherglen. Most have housed Shiraz wine, but we are experimenting with Pinot Noir, Durif and some white wine varieties. 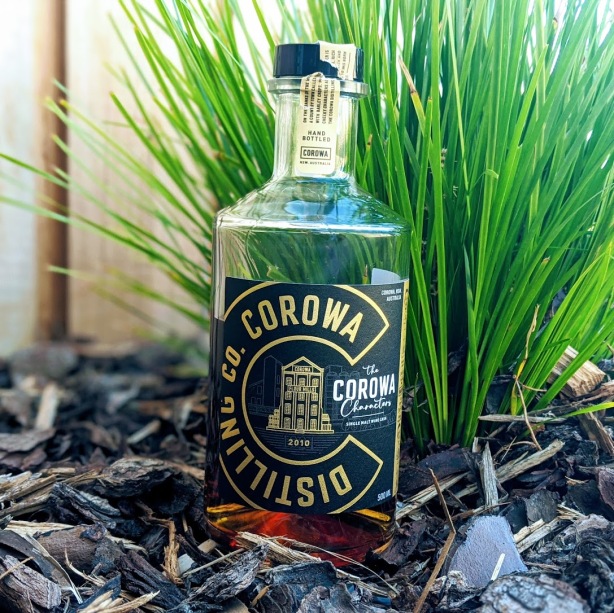 WW: Were you looking for particular characters [Ed. ha ha] when you created this expression? Were you even consciously looking, or did it just turn up like that and you thought ‘yep, that’s a goer’?

DD: If you are going to produce a value product, barrel cost is a significant factor. Wine casks proved to be the best value at the time (remembering we are only a young distillery) and wineries often use both French and American oak. By chance, we also happened to procure some Hungarian Oak wine casks around the same time.

When tasting the barrels, we got some sweet fruit, and spice from the Shiraz together with slightly different characteristics from the [various] oaks. We experimented with different ratios and decided on one that gave a nice balance between the vanilla flavour from American oak with the “cigar box” characteristic of French oak and the [unusual] characteristic of Hungarian Oak.

WW: Nice, we also get earthy, boozy dried fruits and timber on the nose with a juicy, tannic mouth feel. It’d be a good summer drinker for sure. What’s up next then?

DD: Our smokey whisky, using smoked barley imported from Scotland, is due for release in mid 2020 and is showing great promise.

If you’re traveling near Corowa make sure you stop in and have a chat with Drucey and the team. Check out their range of whiskies online here.

Note: this interview has been edited for length and clarity

My good friend and drinking guru Scott once successfully fooled me into believing the bottle of Ardbeg Galileo he was pouring me a nip of had actually been into space. As in the very bottle he held in his hand. I was naturally overawed and sipped my drink reverently, commenting stupidly how the lack of atmosphere did not diminish it’s peaty flavours. He eventually came clean and confessed the reason that it’s peaty flavours were undiminished was because it had never actually left earth. It was created in honour of the Ardbeg space project, where a barrel had indeed been sent into space. I had just not been drinking it.

Fast forward to the present and the Ardbeg space program has now landed! Three years and 15 570 orbits later, a barrel of Ardbeg’s finest is currently being inspected by men in white coats, and of course, Ardbeg whisky creator, Dr Bill Lumsden, to find out about the effects of zero gravity on the maturation process. The question remains, however, what will these effects be? Will my learned whisky drinking friend Bonnie be correct in her assertion that the whisky would have spent three years in a ball in the centre of the barrel, not interacting with the wood at all? Or could this be the birth of a new super-whisky?

What is certain, however, is that Ardbeg are celebrating in the best way possible – by bringing out a new release of their famous (and currently out of stock) Supernova! Plus, you can play an Islay-themed version of space invaders, so it’s worth checking out the site simply for enjoyable procrastinatory reasons alone!

Space travel and Islay-whisky. Life surely does not get more exciting than this.