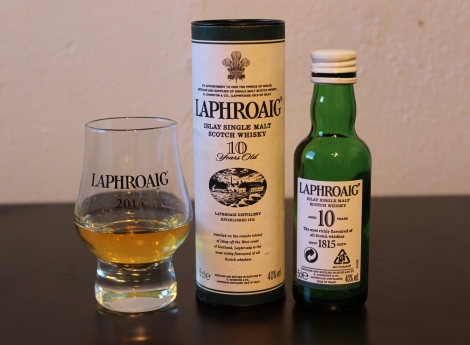 Peat. One of the biggest, strongest and most divisive flavours found within a dram of whisky. The smoky, medicinal notes send some people running to the hills with just the merest of whiffs. But to others, there are no better flavours in the entire world of whisky. These flavours are most strongly associated with one place: Islay.

The early Ileach distillers did not set out with the intention of creating such iconically flavoured whisky. The use of peat to smoke the barley was born out of necessity rather than creativity. Islay is as remote as it is boggy, and getting coal to the island on a train was simply not an option. So the locals turned to a resource they had in abundance: peat. It kept them warm in their houses against the wild force of the Atlantic Ocean, so burning anything else in their kilns was never a consideration.

The most famous example of peated whisky is made by the Laphroaig Distillery. As far as standard releases go, nothing is on the same extreme level in terms of the peaty intensity of its flavour.

In their 10 Year Old expression it is immediately noticeable – before it has even come close to your nose. Smoke. Ash. Medicinal iodine notes, all there smouldering together. This is the scent of a bonfire at the beach.

The palate is legendarily akin to licking a burnt log. Maritime notes are present; briny, seaweed flavours ebbing through gently. Other, more obscure elements are there too, such as leather and sawdust. The bourbon cask imparts only small amounts of vanilla; and what comes through is particularly dry and slightly bitter.

While it is not the best Islay, or even Laphroaig has to offer, there is no doubt this dram showcases some amazing peaty flavours. It is, however, something of a one card trick, let down by the flavours that accompany the smoke. This does not disappoint me too much. If this is merely the entry level, how good must their other expressions be?