Michael Briggs, head distiller of Iron House Distillery is the most relaxed empire builder you are ever likely to meet. This is because he’s not an empire builder. He’s a bloke – who has just happened to build an empire.

Iron House is more than a whisky distillery. It is also a brewery and a vineyard, while the still is also used to create various styles of gin, vodka and brandy. With all these products on the go you’d be forgiven for thinking Iron House was an overly complicated business. Michael (or ‘Briggsy’ as he’s known to one and all) avoids this by sticking to one overarching philosophy: KISS. Keep It Simple, Stupid.

Iron House is located at the majestic White Sands Resort on the East Coast of Tasmania. The resort was purchased by Briggsy’s father-in-law some 15 years ago. The place was slightly run down and frayed at the edges but fell into hands willing to turn it into something special (although it is said by some that it may have been bought just to get access to the boat ramp!). Once the premise was secured the next phase in the plan was to create something to sell on the taps – which is where Briggsy stepped in, forming Iron House Brewery.

The name was derived from the location – the area was once a 19th century camp ground for those travelling from the south and allegedly became home to the first tin-roofed building on the east coast, or as the locals referred to it: the Iron House. 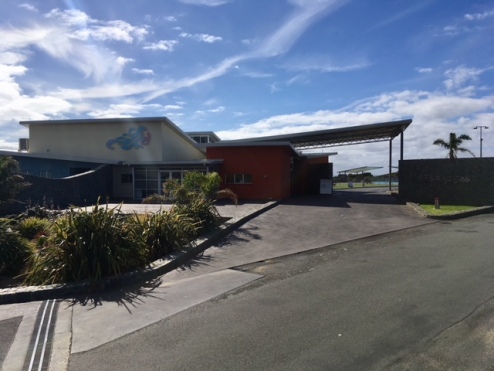 Once the brewery was up and running the next logical step was (of course) to make whisky. While this was always part of Briggsy’s plans, the creation of the distillery was borne out of necessity. The amount of beer production per year was exceeding their current market – and rather than expanding to the mainland or overseas, Briggsy decided the left over wash could be put to better use.

A still was duly purchased – from Germany via the USA – and it arrived in pieces with absolutely no instructions. Like a complicated box of LEGOTM, Iron House’s mechanical engineer Michael Aulich assembled it, guided by pictures he found online, and eventually Iron House became the proud owners of a copper column still and an oddly shaped pot still.

While Iron House has yet to release its first whisky, I was able to try some new make spirit (or, to quote Briggsy: “white dog”) fresh from the still. On the nose it packed that fruity high-alcohol punch, though on the palate it was grainy and cerealy (Weet-bixy, for my fellow Australians). It was full of character and intrigued me as to what it would become.

I got a small preview of this downstairs in the bond store. There are multiple barrels within that have been filled for more than 2 years, the minimum age for a whisky. However Briggsy labelled them “legally ready, but not Iron House ready”. His plan is to blend multiple barrels in a Solera system to create a consistent, accessible product. He is a big believer that Tasmanian whisky should not be out of the reach of regular people – from the perspective of both flavour and price. Thus we can expect to have to wait until mid 2019 at the earliest to see an Iron House single malt release (however to tie you over there is some delicious virgin-oak-matured brandy which is nearly ready!).

Briggsy admitted the biggest strength of Iron House is also its biggest weakness. White Sands Resort is found at the most spectacular coastal site and yet this location is over two hours drive from either of the state’s biggest cities: Hobart and Launceston. However, if you find yourself cruising Tasmania’s beautiful East Coast then a stop into White Sands and the Brewhaus Cafe & Bar is a must. The distillery and brewery are separated from the cafe by many large glass walls, through which you can witness the entire whisky making process. It is a truly memorable and worthy addition to the Tasmanian distilling community – and well worth a visit. 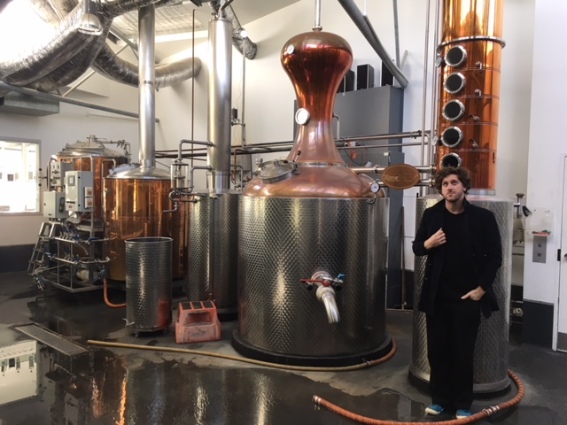