Who’d have thought 25 years ago that Tasmania would have over 20 distilleries and an entire week dedicated to whisky made in Australia’s southern-most state. Yet here we are in 2017, bearing down fast on nine days worth of events celebrating the art and craft of the Tasmanian distilling scene, with a host of tastings, tours and talks (not to mention lavish, decadent dinners) featuring the folk responsible for crafting Tasmania’s fine cask-aged grain spirits.

However, up here on the North-West Coast, we can’t help but feel a little left out. Tasmania is nothing if not parochial, with most events being held in Hobart and a few in Launceston. Even the dinner run by Burnie’s very own Hellyer’s Road Distillery is being held just outside Launnie.

Luckily, on Thursday the 10th of August, Devonport’s Southern Wild Distillery is stepping up to bring Tasmanian Whisky Week 2017 to the good, whisky loving folk of the North West. Rather excitingly for us, they asked the Tasmanian whisky blogging scene’s answer to Hamish and Andy to host their event (that’s us!). 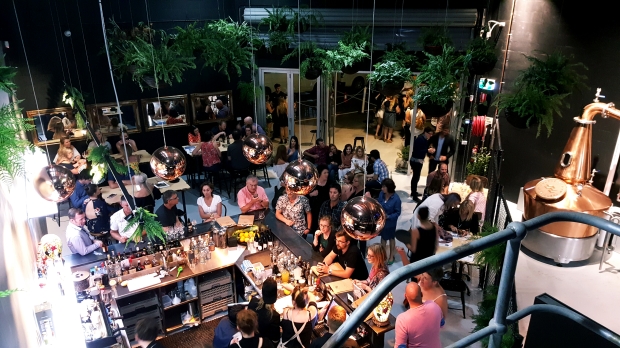 Southern Wild, founded by local lad George Burgess, may seem an incongruous venue for TWW’s first NW event, seeing as they are yet to release their own whisky. However, rather than being held back by this fact, Southern Wild have chosen to embrace it as the theme, entitling the event ‘The Birth of Tasmanian Whisky’.

Guests will be guided through a tasting of some of Tasmania’s most renowned drams, led by the witty banter of the Whisky Waffle lads and the industry know-how of George. Each whisky will be expertly paired with gourmet cheese provided by local fromager Euan Wiseman from the Devonport Hill Street Grocer. Additionally, guests will also be provided with two whisky-based cocktails and platters of canapés and light nibbles.

The event promises to be an unforgettable evening, full of laughter, fellowship, conviviality and most importantly of all, whisky (waffle?). Of course, these evenings don’t happen unless there are people coming along to support, so please help us to make it a roaring success and show the rest of the state that the North West coast is just as passionate about whisky as them.

Tickets are available at: http://taswhiskyweek.com/events/southern-wild-distillery/