On the tenth day of Christmas my true love gave to me… a glass of Iniquity Batch 10 whisky. Iniquity (noun): immoral or grossly unfair behaviour. With a name like that you would expect it to be in federal politics, but instead makers Tin Shed Distillery claim that it’s because it is wickedly good. The double-headed bird logo has a rather Germanic feel to it, but in fact represents the piping shrike, which appears on the flag of Tin Shed’s home state of South Australia.

Like most Australian distilleries, Tin Shed only has enough spirit to bottle a relatively small quantity of spirit at a time, so their releases tend to sell out quickly. Iniquity Batch 10 was aged in American oak ex-port casks, which certainly explains the dark colour. The nose is rich and gingery, with melted brown sugar, vanilla and spice on the back, while the mouth is so thick and full it’s almost syrupy, with a flavour full of raisins, dates and prunes. The Inqiuity Batch 10 is a bloody good dram and would make a worthy companion to your pudding this Christmas. 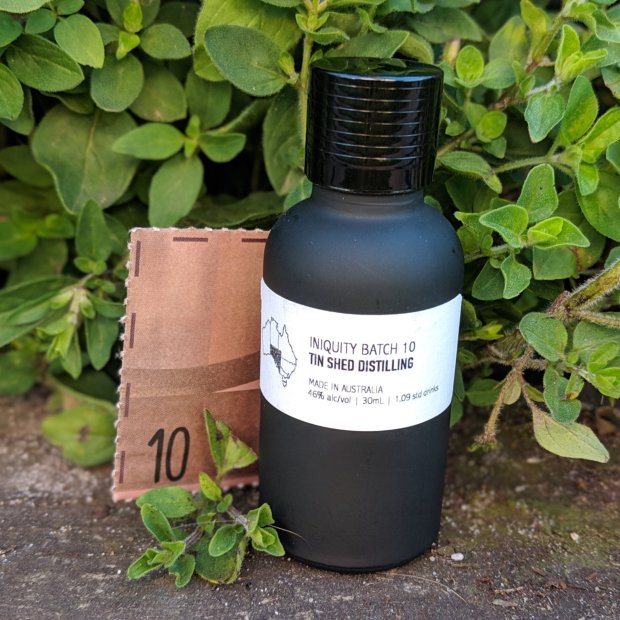