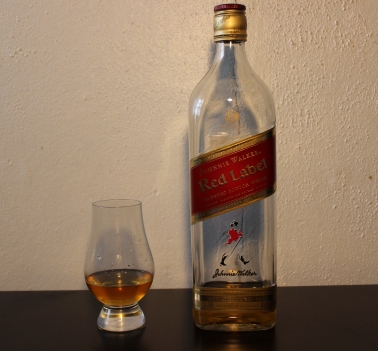 In theory, blended Scotch whisky should showcase the best elements of the Scottish regions: the mellow sweetness of Speyside, the full bodied character of the Highlands, sexy smoke from Islay and the Islands. Mmm, makes you drool doesn’t it?

Johnnie Walker Red Label manages to showcase none of the above. Instead it somehow picks the worst of these regions: sickly sweetness from the lolly shops of Speyside, industrial air pollution, not from Islay, but Kilmarnock, and what of the character from the Highlands? Well, the only part it manages to keep is the dreadful weather. 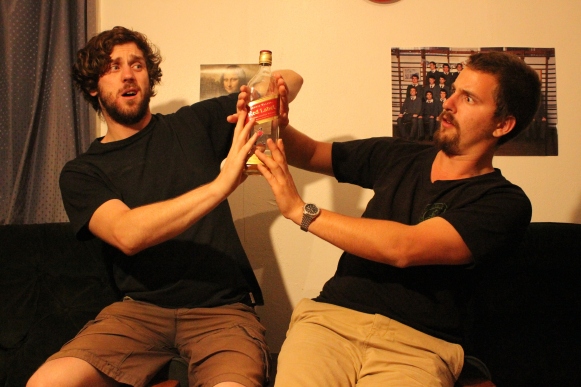 To look at the Johnnie Red you would not detect anything amiss, but as soon as you give it a nose the questionable quality rears its head. Cloying treacly notes overpower the faint hints of oak desperately trying to claw their way through. Subtlety is not on the agenda here.

The palate is pretty one-dimensional, dominated by a fairly inconsequential caramel that fails to deliver anything of interest. There is a faint hint of maltiness, like cream biscuits where someone has licked out the filling, although admittedly they’re not even the nice kind of biscuits. The finish is lasting in the same way that a glass of cordial lingers at the back of the throat when you haven’t watered it down enough. The burn is not so much from the alcohol but the unpleasant sweetness.

Around the world the Johnnie Walker Red Label is predominantly served as a mixer, and tasting it neat we can understand why. Having said that, millions of litres worth of the stuff is sold around the world every day. In fact it’s the highest selling Scotch whisky on the planet, so basically, what do we know?

Find out about the rest of our multicoloured adventures:

Johnnie Walker: which is best?