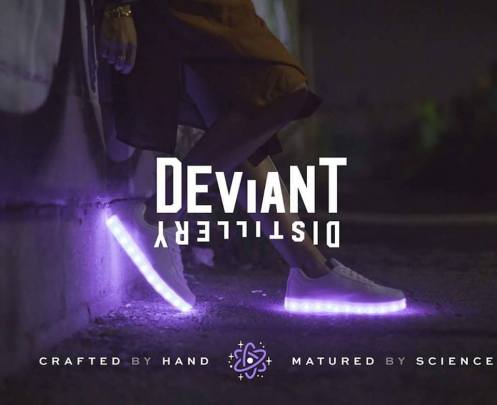 John Hyslop would like it to be known that he has not set out to destroy the Tasmanian whisky industry. In fact he is a big fan of Tasmanian whisky, having worked for a year at a well known Tasmanian distillery, and he respects the craftsmanship and skill that goes into its creation. However, he felt that he couldn’t look past the environmental impacts of the traditional method of producing whisky and so he set out to find a solution.

Drawing on his background as an industrial chemist, John has developed a truly envelope pushing method to create his product. In fact, a fully mature bottle of spirit from Deviant can be made in just 10 weeks… wait, what? 10 weeks you say? But surely that means it’s not legally whisky?

That’s right, it’s not whisky, which in Australia must be aged under oak for a minimum of two years. John makes no bones about this fact, with even the Deviant labels announcing ‘This is not whisky’ in bright lettering. It is not his aim or intention to pass off his product as a corner-cutting Tasmanian whisky, instead he is looking to create an entirely new product. Based on its strictly legal definition, he has elected to call it a ‘Single Malt Spirit’.

That’s not to say that it tastes completely different to an aged whisky. The spirit actually starts life in much the same way as a traditional whisky does, however John then uses the technology that he has developed to rapidly mature the product to a point where it shares many of the characteristics of an aged dram.

The benefit of this process is the efficiency and the lack of waste produced. John is very ethically driven and claims that his method can make 150-200% of the product in 2% of the time with less than 10% of the waste compared to many distilleries. It is his hope in the future to make Deviant carbon neutral, utilising technologies such as solar and bio-energy, converting waste into fertiliser and purchasing carbon credits to offset any shortfalls. 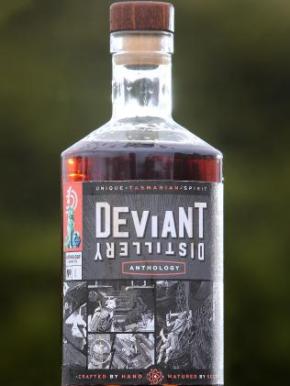 One of the other advantages of his process is that he can release product at a much lower price point and rapidly expand into new markets. He acknowledges that there will always be a place for premium barrel aged whisky and he is not looking to displace that. Instead he is aiming to capture those who are potentially put off by the relatively high price point of whisky and produce a bottle of Tasmanian spirit that the average consumer does not have to save up for, a point which he feels will particularly appeal to the 24-36 year old demographic.

Naturally Deviant has ruffled a few feathers in the Tasmanian whisky industry and even we Wafflers have our reservations about how the process will affect our beloved whisky scene. When it comes down to it, what will really make or break ‘Single Malt Spirit’ is the taste. Regardless of how ethically the spirit is produced compared to traditional whisky making, if it fails to capture the interest of the market then it will go down in history as just another failed experiment. Having said that, the technology could also succeed and go on to provide an interesting new option for consumers.

The only real way to find out what Single Malt Spirit is like is to try some. Fortunately Deviant Distillery is launching its product next Saturday night at The Chapel in Burnie. The evening will include four tastings of various Deviant products, behind-the-scene knowledge from John and witty banter from the Whisky Waffle boys (that’s us!)

Tickets are $20 and are available at: www.trybooking.com/RWJC, but hurry, spaces are limited.