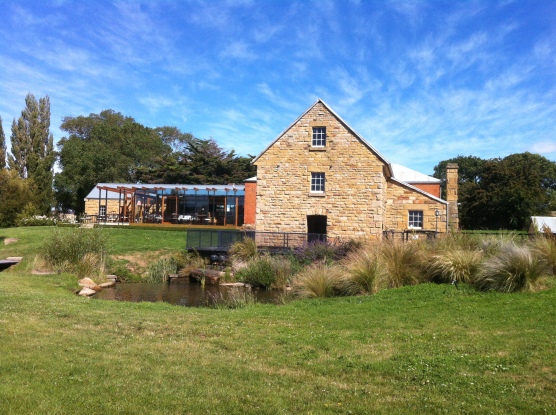 Things just got a little bit crazy in the Tasmanian distilling scene, with a new twist emerging in the furore surrounding embattled distillery Nant. Once a force to be reckoned with in the nascent Tassie whisky industry, the bottom appeared to fall out of the boat last year when Nant founder Keith Batt filed for bankruptcy and the distillery was taken on by Australian Whisky Holdings. At that time AWH promised that it would conduct a full audit and investigation of Nant’s finances and stock.

Now according to a bombshell article released today by national broadcaster ABC News, it is alleged that the audit has revealed that over 700 barrels purchased by investors were never actually filled. As part of its start up business model, Nant ran a barrel buy-back scheme where investors could purchase a number of barrels, with guaranteed yearly return of around 9%. After a period of around four years when the whisky had matured, Nant would buy back the barrels for bottling and sale. Happy days, drams all round.

However, in the period leading up to the crash there were worrying rumours going around about investors having trouble accessing the barrels that they had purchased or selling them back to the distillery. Once Nant passed into the hands of AWH, many investors were left unsure whether they would get anything back at all.

Now according to the ABC News article, while AWH have said that while many people will still get paid out, the owners of the non-existent barrels will have to take up the issue with Nant.

The tale gets ever twistier too, as apparently a large number of barrels have already been decanted and sold without the knowledge and remuneration of investors. Troublingly, many were also found to have their owner names and numbers sanded off. Weirdly, a significant number of barrels were found to be filled with new-make at an ABV of only 45%, well below the usual cask strength.

Where to from here remains to be seen, but hopefully investors left in the lurch will be able to find some sort of resolution to their plight. While this event may cause some concern for onlookers, they should rest assured that the Tasmanian whisky community as a whole is resilient and continues to be committed to crafting the highest quality, locally produced spirits.

The only question that remains at this time is whether to crack that unopened bottle of Nant still hiding on the shelf.