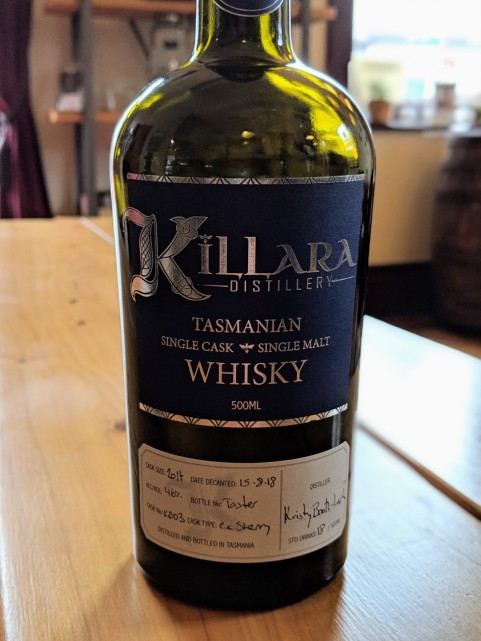 For many years now, Bill Lark has been the public face of Tasmanian whisky – for good reason too, as he is rightly credited with kickstarting the modern Tasmanian whisky industry. However, while he may be the most visible member of the Lark clan, Bill certainly isn’t the only distiller in the family; wife Lyn shares as much DNA in the original distillery as he does, son Jack has worked with several other whisky makers and daughter Kristy (now Booth-Lark) was Lark head distiller for a time, helping lead the way for female distillers in a historically male dominated industry.

After leaving Lark, Kristy has continued to forge ahead, starting her own distillery, Killara. Named after the street where she grew up, Killara is not only the first second-generation whisky distillery in Australia, but also the first to be fully owned and operated by a female – as Kristy would say, “it’s a one woman show”.

As well as producing a vodka and the acclaimed Apothecary gin range, Kristy is following in the family tradition by crafting single cask whisky. One of the first barrels to be bottled is KD03, a 20L ex-Apera (Australian sherry) cask. Presented in a dark green/black bottle with blue and silver livery and a Gaelic-knotwork style font, the release would almost look more at home on Islay than in Tasmania.

That’s where the similarities with the old country end however, as the spirit is distinctly Tasmania in character. The nose speaks of the small cask size and the Apera origin, with zesty oranges, cherry, nutmeg and glacé ginger. The mouth is savoury and meaty, with marzipan, aromatic spices and an earthy finish that has a subtle smokiness reminiscent of burnt brown sugar.

Having said that, we must remember that KD03 is only the product of one single 20L cask and that each successive Killara release will have its own unique and intriguing nature. This unpredictability doesn’t faze Kristy in the slightest however: “There’s so much variability in the process. That’s what I love about it, there’s a bit of science, a bit of passion and a bit of what we don’t know.” Considering what the Larks have already achieved so far in the short history of our local industry, it will be exciting to see where the new generation of the family takes Tasmanian whisky making next. 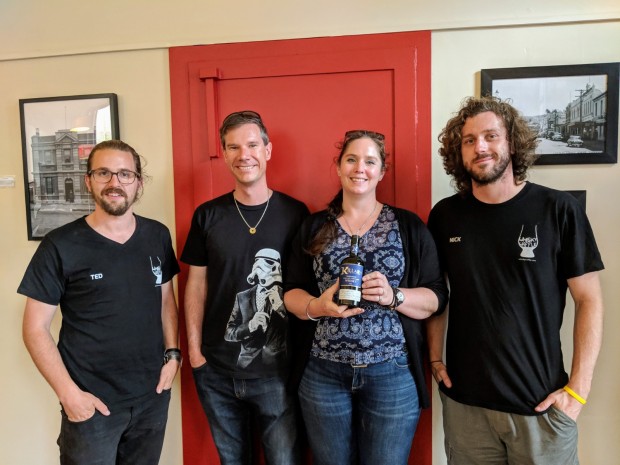