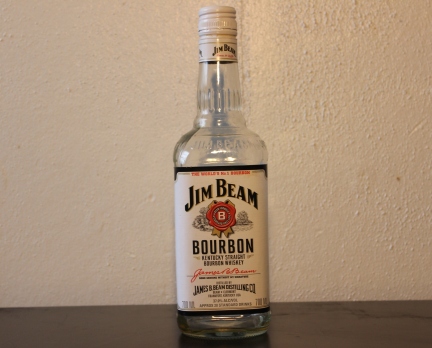 When Jacob Beam first distilled some corn along the banks of Dicks River in Kentucky circa 1795, he probably cranked out some pretty rough and ready stuff. Well, it seems that over the years not much has changed. Jim Beam has its origins as a small family business plying their trade in the newly formed state of Kentucky, but since then the family has grown just a tad. In 2014 Jim Beam was involved in a shotgun wedding which resulted in it picking up the double-barrel name (geddit?) Beam-Suntory. And all this multi-national success only came at the low, low price of its soul. Well, it seemed like a good deal at the time.

Not that the brand was particularly struggling it must be said, as Jim Beam Kentucky Straight Bourbon is one of the most recognisable and consumed spirits on the face of the planet. Most often you can observe it in its natural environment being mixed with coke, or being shotted by teens trying to be tough (and then regretting it later).

The boys from Whisky Waffle are even tougher than that. They sipped it. Neat. 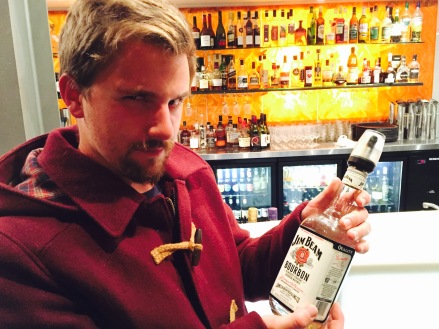 On the nose the Beam is surprisingly smooth. And sweet… you could be forgiven for the thinking that it’s a liqueur. Honey, pear and confectionery notes of red frog and fairy floss (“cotton candy” in Beam’s motherland) slide across the ol’ olfactory bulbs. Overall it’s not too bad actually.

But then like a Disneyland water-slide, things go down the tubes. On the palate the analogy is rather appropriate as the Beam is about as watery as the pool at the bottom of the aforementioned slide. It also tastes like quite a few people have been swimming in it before you. The quality is thin, with a hint of sour white grapes coated in a film of dish liquid. Once you’ve emerged from the murky waters, your mouth is left with the not altogether pleasant taste of ethanol, cheap Sav Blanc and tourists in Mickey Mouse swimmers.

In fact, drinking bog standard Beam is a lot like a trip to Disneyland in general. It’s exciting at the start, but at the end of the day you are left feeling hot, weary, annoyed, and like your personal space has been violated by hordes of Japanese tourists (Suntory joke). Jim Beam Kentucky Straight Bourbon is not a whiskey we would turn to regularly, but then again we’re not really doing it right. Coke anyone?