Non-age statement whisky rightly or wrongly gets a bad rap in the whisky community. So, naturally, we thought we would conclude our week of NAS whisky reviews in the form of a bad rap. Best read with some kind of beat in the background: https://www.youtube.com/watch?v=s9-doKcLwl8&nohtml5=False 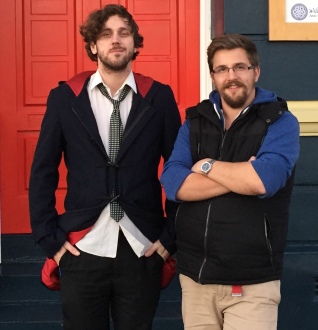 “You said it couldn’t be done. An entire week of non-age statement whisky! And yet here they are: two rappers who will never use coke. Please give it up for the Wafflerz!!!!”

Yo whisky drinkers they got this infatuation

About sticking stuff in barrels for its maturation

But how long for? There’s a bit of debatement

So we thought we might try us some non-age statement

I’m sure many bottles will keep getting sold

But it’ll never compare to the 12 year old

So I look for something else to fill my cup

Will the real Auchentoshan please stand up

Although the producers claim that its Classic

The 12 and the 3-wood are far more fantastic

When you pour some Old Pulteney down your throat

Try not to forget it’s been on a boat

The younger spirit gives it plenty of spice

This is a dram both nautical and nice

The Talisker NAS with the tastiest form

Is the one with the Dark before the Storm

But you know the saddest thing about this tale

You can only buy it in travel retail

Leaving behind the Isle of Skye

We found a dram of Oban well worth a try

Coming from a Little Bay on the west coast

Was this curious drop we found we liked the most

The moral of the story is while some taste rotten

Unworthy replacements that will soon be forgotten

Other NASes are without a doubt far less bleak 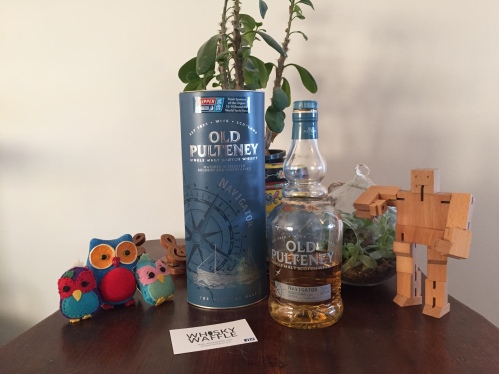 It is no great surprise that Old Pulteney distillery takes inspiration from the sea, seeing as it resides on the rugged north coast of Scotland. In fact, Pulteneytown, the area of Wick from which the distillery takes its name, was a major player in the 19th century herring boom and harboured (ahem) a bustling harbour.

Old Pulteney isn’t just happy to let their love of the sea infuse their whisky, oh no. You know it’s a serious passion when you sponsor a vessel in the world’s longest round-the-world yacht race. The Clipper round-the-world race tests teams across a lazy 40000NM, demanding great effort from its participants.

To celebrate its maiden voyage in the ’13-’14 race, the aptly named ‘Old Pulteney’ clipper carried a special cargo on board, the first barrel of a new limited edition NAS whisky named the ‘Navigator’, crafted from a marriage of younger aged bourbon and sherry casks.

On the nose the Navigator tacks against bursts of chocolate and salted bacon before having its sails filled with malty biscuits, while oak decking creaks underneath.

Sharp, salty waves break over the palate, prickling across the back of the tongue. A juicy citrus burst through the middle keeps away the scurvy, followed by a warm trade wind that soars down the throat.

The Old Pulteney Navigator is a dram worthy of its nautical namesake. Its youth helps enhance its maritime nature, evoking the tempestuous seas that govern life along the north coast of Scotland. If you are a maritime whisky fan then the Navigator will definitely float your boat. 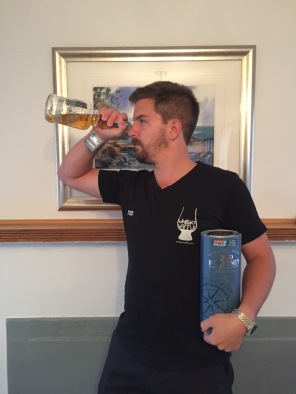 The Navigator is the wild, ever-changing sea, whereas the 12yo is the calm, smooth safety of the harbour, welcoming the weary sailor home. Both have their own allure, but you don’t necessarily want to be tossed about in the old briny every day.