PART THREE: Islay – the western half

I had been through sunny Speyside and the spectacular Highlands (and Islands) and my whisky journey was nearly at an end. Of course, there was one crucial destination I had not yet covered. In fact, you could argue I’d left the best until last.

It is almost compulsory for any whisky fanatic to make the pilgrimage to the Isle of Islay. Nowhere in the world is there a higher concentration of top-quality distilleries within a short drive (or, in some cases, a short walk). I could not contain my excitement. The ferry took us into the beautiful seaside town of Port Ellen, sailing past some limewashed buildings where I could just make out the giant letters painted on their side, spelling Ardbeg, Lagavulin and finally Laphroaig.

However, the Port Ellen big three would have to wait. I had only two and a half days in this whisky-wonderland and not a moment to lose.

I began with the oldest distillery on the Island, Bowmore. I’ve been impressed with several bottles from this distillery but more often than not have been left underwhelmed and slightly confused. The tour satisfied the latter complaint – revealing the future core range to consist of a NAS, a 12 Year Old, a 15 and an 18 (don’t panic fellow ‘Darkest’ fans – this particular favourite is simply becoming THE 15 Year Old). The highlight of the visit however was the special release, the Warehouseman’s 17 Year Old. 51.3%, matured in bourbon, sherry and red wine, it was balanced and oozed sophistication like anyone wearing a pearl necklace, including David Bowie. In fact, like Bowie it was a bit psychedelic, a bit folky, a bit glam and a bit disco. It was the real star… man.

Breakfast whisky out of the way it was time for the next course. And lunch was the one and only Bruichladdich. If there was just one distillery I could recommend to visit for tastings it would be this one – if only for of the variety… and quantity! Their self-titled range is full of vibrant spicy malted barley notes, the Port Charlotte releases are smoky and bacony and the Octomores… Don’t expect them to smash you around the face with peat, peat and more peat. They are nuanced, balanced and complex – and packing enough fire to make Arthur Brown happy. They’re Audrey Hepburn with her cigarette holder in one hand… and a cigar in the other… at a bbq… under a volcano. Bruichladdich are such an exciting, progressive distillery. They have absolutely struck the right balance between NAS and integrity. You’ll find no mention of “flavour-led” here”, just bloody good drops – and plenty of them.

Remarkably, the destination I was most excited for was yet to come. Being a Tassie boy, there was one distillery that appealed above all others. Small-scale, paddock to bottle, on a working farm? It was like coming home. My final stop of the day was Kilchoman Distillery.

It was everything I’d hoped for: a tour that felt more like being shown around than hearing a rehearsed script, a peek at the entire production process from malting right through to bottling and a tasting packed with vibrant youthful whiskies that satisfied and intrigued me in equal measure. I had a chat with founder Anthony Wills and we bonded over how his own distillery’s paddock-to-bottle ethos compared to one back in my home state of Tasmania.

I returned to my tiny eco-hut in Port Ellen pleased as punch. It had been an amazing start to my Islay visit and I was still buzzing… yet I retired to bed (reasonably) early. You see, there was one day I had been waiting the whole trip for. And that was tomorrow… 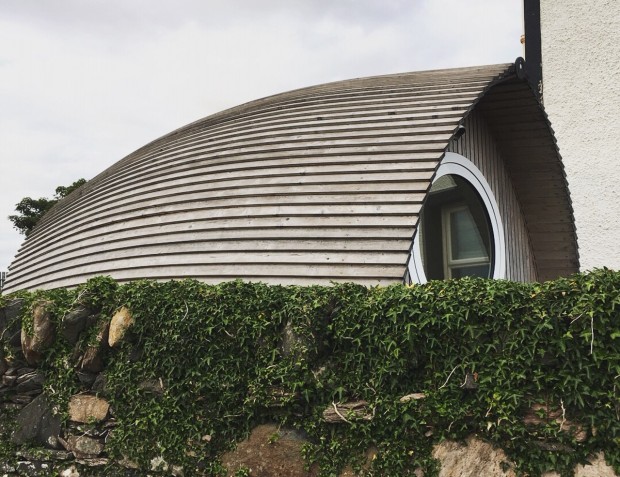