Sunlight oozed slowly across the darkling plain and up the face of the towering monolith. Its surface was like the purest of amber and there was a strange feeling of energy surrounding it. A group of primitive whisky writers, bloggers and critics lounged and tousled nearby, random, semi-intelligible cries like ‘bold coastal flavours’, ‘herbal undertones’ and ‘it has notes of sour plums’ punctuating the air.

One of the bloggers suddenly whipped his head up and stared intently at the monolith, before hesitantly creeping towards it. His companions quietened, the fibres of their tweed vests glinting in the sunlight as they watched their brother’s progress. The blogger halted nervously at the base of the monolith and carefully stretched up his hand toward the surface.

Finally the terrible visage of a golden-eyed god appeared, his corona of white hair crowned by a panama hat. The god spoke, terrible, thunderous tones lancing into the mind of the blogger:

“Behold, these three releases shall be the best whiskies on earth in 2018:

This is the decree of Jim Murray, heed it and remember.”

Suddenly the raging tempest of images assaulting the blogger stopped, like the fabric of the universe had been sundered by a knife. As he withdrew his hand he felt a sudden feeling of purpose, a clarity of mind that pierced to the very centre of his spirit. He swung around and stalked with intent towards the biggest critic in the group, who was pontificating forcefully that ‘while other styles have certain merits, it is the sheer complexity derived from its long and rich history that elevates Scotch above all other forms.’

With a wild cry of ‘Bourbon is the new king!’, the blogger struck the critic a terrible blow and smote him to the ground, while the other wordsmiths hammered on their keyboards, hooting and gibbering in excitement. The blogger stood panting for a moment, then turned and strode away from the great amber monolith, his companions trailing behind their new leader, a sudden sweet, rich, punchy sensation pervading their minds.

Finally, the only thing left in the dying light was the monolith, the mysterious energy surrounding it holding a sensation of waiting, of expectation and anticipation, like somehow it knew that one day this would all happen again…

(To find out Jim Murray’s other decrees for his 2018 Whisky Bible, head over to The Whisky Exchange blog)

World Whisky Awards? Not bad. San Fran World Spirits Comp? Alright. Jim Murray Liquid Gold? Ok, so long as it’s a rye. But we all know the big one is still to come – the award that whisky makers around the world crave above all others (even if they’ve never heard of us). That’s right folks. It’s time for the 2016 Waffle Awards!

This year the waffle boys have donned formal Scottish attire to award drams which they have purchased for the first time in 2016. So, ladies and gentlemen, help yourself to the complimentary champagne (we’ll email you some) and enjoy the 2016 Waffle Awards! 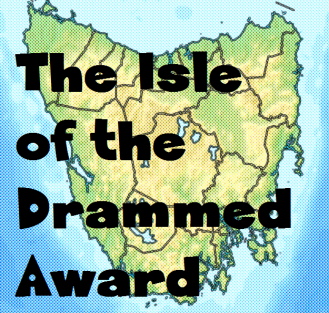 The Isle of the Drammed Award for the best Tasmanian Whisky

As Tasmania’s number one whisky blog, we naturally have a category for the best Tassie dram. This year the Isle of the Drammed Award goes to:

We were lucky enough to visit Belgrove’s creator Peter Bignell earlier this year and were able to try some truly phenomenal drams while we were there. But this was the one that really seemed to represent Belgrove’s true flavour. The Pinot Noir barrels imparted a fruity flavour on the rye – drinking this is akin to strawberry jam on thick brown bread. Fantastic.

The Tartan Slipper Award for the best Scottish whisky

We had to create a category for Scotland, where some of the finest single malts in the world are crafted. Plus it makes a nice change for a non-rye whisky to win something. This year the Tartan Slipper Award goes to: 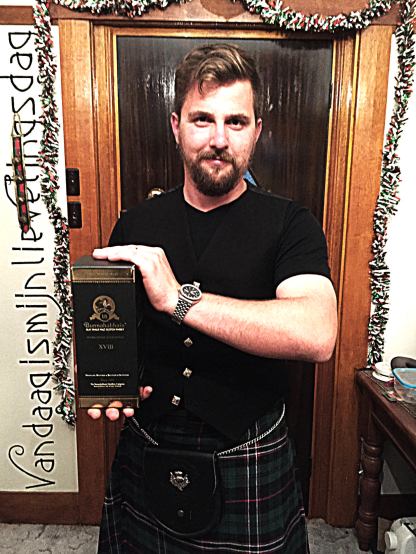 Usually Islay is all about the peat monsters, but a couple of distilleries buck the trend. Bunnahabhain explores the softer, earthier side of the island, which the phenomenal 18yo serves up in spades. Expect roasted nuts, ripe fruits, a good raisiny punch from the sherry casking and a mouth-pleasing hit of salt and soft peat to finish.

As we said, we’ve bought bottles of all our award winners this year – and it’s an expensive business. So the Pocket Pleaser Award goes to a dram we won’t mind paying for again. And again. And again…

Younger Scottish whiskies can be a bit hit and miss, but if a good hit of peat is thrown into the mix, it conjures some sort of dark, alchemical magic that can summon up a truly excellent dram. Hence our belief the that the Ardbeg 10yo is devilishly good… and great value at that. Sweetly peaty and wickedly smoky, the 10yo will please any lover of the Ileach drops. If you find it on sale, don’t even think, just whip out that wallet and buy, buy, buy.

The Weirdsky Award for the most WTF whisky

Weird whisky – weirdsky? Well there are plenty out there. This award celebrates the most unusual bottle we’ve obtained in 2016 and is awarded to:

Grain whiskies tend to get a bit of a low rap to be honest. If people ever give them any thought, it’s just as the backdrop for single malts in blends. To be fair, young grains can be pretty rough too, but if you happen to let them sit around in barrels for long enough, special things can happen. Bottled as an exclusive for Glaswegian bar ‘The Pot Still’, the Invergordon 26yo Single Grain whisky is a really interesting drop. Far from its spikey, awkward siblings, the 26yo is pleasantly zesty and vibrant, with citrus and pineapple bursting in the mouth. You aren’t likely to find this bottling any time soon, but its definitely worth tracking down some decent grain whisky if you want to try something different.

The Bill Lark Award for service to Tasmanian whisky

Named after the man who started it all, the Bill Lark Award is dedicated to a person within the Tasmanian whisky scene who has really made a difference and put us on the map. This year, it gives us great pleasure to award it to:

The mad scientist of Tasmanian whisky, Wafflers everywhere have a lot to thank this man for. He has brought us some of the most powerful whiskies in the world with his Heartwood creations. He has helped bring in a whole new crowd of whisky fanatics by co-founding the Tasmanian Whisky Appreciation Society. He has supported a range of Tasmanian distilleries by promoting them or buying their barrels. But, most crucially, he has created a legacy of experimentation and tinkering. Tim is not concerned with age statements or single cask releases. His aim is to make something that tastes bloody good, and if that means spanking his whisky with a wooden oar, then so be it. 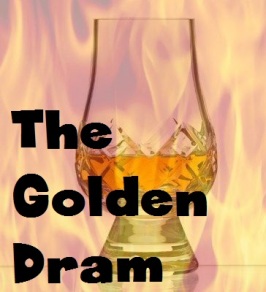 The Golden Dram for the best dram whisky in the world

This is a tough award to decide on each year. We try a range of brilliant stuff and narrowing it down to one is almost impossible. It took an x-factor, an extra special connection to push it over the line this year. So may we present, The Golden Dram to: 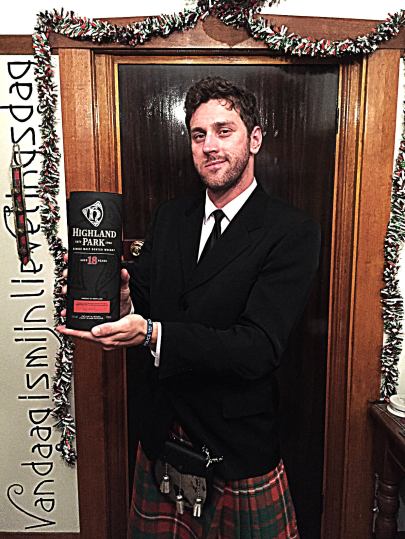 There’s no doubt that this is a special dram. It is one of the most complex and interesting drops we’ve tried this year. But it also toasted the creation of Nick’s house from start to finish and played its part in creating many fond memories. Only the best drams of all do this.

An honourable mention goes to the dram that we couldn’t include because only Ted has had the pleasure of tasting it: the incomparable William Cadenhead Single Speyside Malt Scotch Whisky Aged 40 Years.

So what do you think of our awards? Some good drams? What would you include as your winners? Let us know in the comments and have a very happy new year.

It’s a fun bit of whisky trivia that Port Charlotte whisky is not actually made by the long-since-closed distillery of Port Charlotte. Instead, this particular drop is made by Bruichladdich Distillery as a tribute to their heavily peated ex-neighbours.

Jim McEwan, Bruichladdich’s head distiller at the time of this dram’s inception, wanted to recreate the flavour that the legendary old distillery was famous for. He tracked down a now 90 year-old former employee of Port Charlotte distillery and asked him what the whisky tasted like. “Aye,” said the old man, “aye, it tasted good.”

I for one certainly cannot deny that the product Jim has created to bear the Port Charlotte name tastes “good”. In fact, if I were to give my tasting notes in a solitary word, I would simply say: bacon. And everyone loves a bit of bacon, right?

Of course, this site is called ‘Whisky Waffle’, not ‘Whisky-we’ll-keep-it-brief-ok’. Apart from the latter sounding silly, we’ve found that we do rather like to bang on a bit with pretentious tasting notes. Speaking of which, this whisky has a nose like an Australian barbecue. Barley peated to 40 parts per million ensure smoke and cooked meat flavours waft oh-so-unsubtly over peppery notes and a dash of dark chocolate.

The palate is pleasantly spicy – no doubt an influence of the slightly higher bottling strength of 50%. The flavours on offer include salami, smoked salmon and of course, the aforementioned bacon. The meat theme lingers long after the whisky is gone, leaving the sensation of having polished off a particularly satisfactory scotch fillet (pun well and truly intended).

The release of the Port Charlotte range by Bruichladdich has rekindled an interest in the history of the grand old distillery and there have even been talks about building a new facility on the old site. However, this project seems to have stalled for the time being with no updates as to whether it might go ahead. Fortunately, thanks to this particular whisky, we have access to the next best thing: a dram that, seventy years from now, we can reflect on and happily label it as “good”.