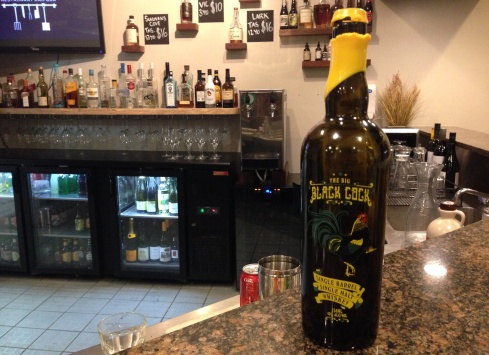 Crikey! Now I know whisky is made in some pretty far out places but leaning towards the more radical end of the scale would have to be Mt Uncle Distillery in North Queensland. Despite the immense heat and being located on the outskirts of woop-woop, they have managed to produce a grouse little drop.

The 5 Year Old single malt has one of the more dinky-di whisky names going around. The drinks menu I had a gander at when first sampling it read BBC. However, the large rooster on the front of the bottle makes it clear: this whisky is called the Big Black Cock. It is fair dinkum outback whisky. And strewth: it tastes the part.

On the nose there are faint hints of malty Arnotts biscuits – quickly drowned by whiffs of recently slashed sugar cane and double coat tim tams. On the palate there is vanilla – perhaps a little too much – accompanied by Anzac biscuits and cherry ripe. There are also some bitter fruit elements – possibly created by the ex-red wine barrels they were matured in: American oak staves with French oak lids. The finish is warm and a little rough with spicy meaty notes, like snags on a barbie.

If you ever come across the BBC in a whisky bar down under it is certainly worth ordering – if only to be forced to say the name out loud – but also because of the beaut, uniquely Australian flavours to be found. This is true blue outback whisky. It’s unrefined. But a ripper. 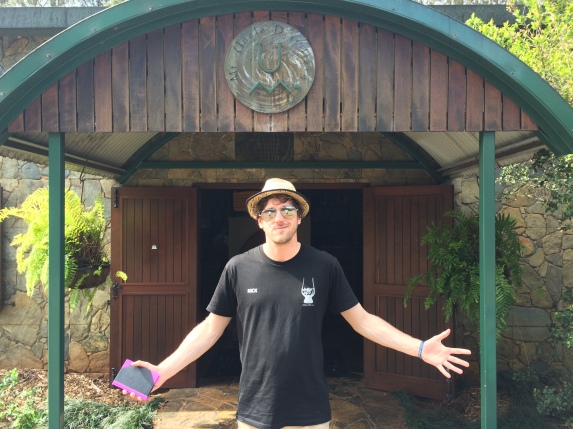 Any excuse to wear the shirt.

I’m not sure what I expected from an outback distillery. Certainly not a wood and stone hut surrounded by a banana plantation with native animals roaming freely over the site. But it turns out that the outback distillery Mt Uncle is exactly that: a distillery in Australia’s outback.

Mt Uncle can be found half an hour from Cairns and is North Queensland’s only distillery. This means that it is the only whisky producer for a nearly 2000 kilometre radius – but I wasn’t going to let a small detail like that deter me! 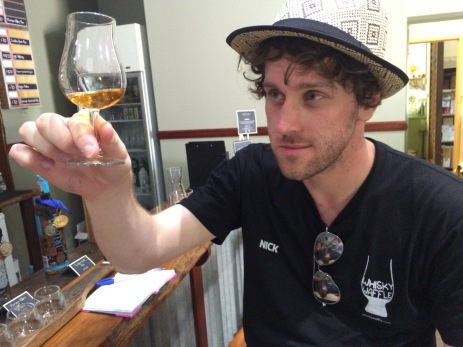 I am prepared to travel for my whisky

The business was founded fifteen years ago by farmer Mark Watkins, and originally produced banana liqueur – a more conventional business in this part of the world. But in 2006, he bravely made the switch to distilling barley and is now reaping the rewards. Mark, however, is not big on tradition, preferring to do things his own way. This is in evidence with the name of his yellow-wax-dipped five year old single malt: The Big Black Cock. The large dark-feathered rooster on the front of the bottle clarifies the source of the controversial name. 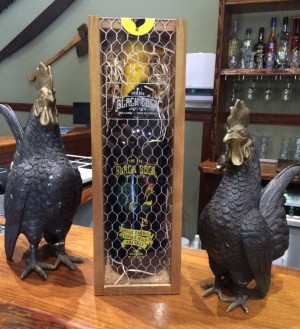 And it’s a proper outback whisky. Buttery vanilla on the nose with dashes of various native vegetation. The palate is fruity and bitter, perhaps due to the ex-wine barrels it was matured in: American oak with French oak tops. The finish is long, and a little rough. Overall, an intriguing mix. 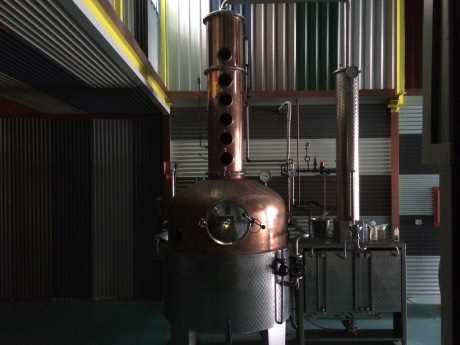 Pot still, or column still? Or both?

The whisky was not the only product made at the distillery – Mt Uncle also produces a vast range of other spirits. This included an interesting vodka made from honey, and a light and a dark rum, both easy to drink. There was also a proper bush gin, made with botanicals such as wattle seed, peppermint gum, lemon myrtle and Lilly Pilly. Finally, a bright pink concoction claiming to be marshmallow liqueur, provocatively titled SexyCat. And it was delicious. Dangerously so. Perhaps also embarrassingly so. But certainly a memorable addition to the Mount Uncle range.

Myself and my drinking-buddy-of-the-day Paul had a great time sampling the products, chatting with staff and wandering around the grounds. We kept remarking how nice the place was, though we had to keep reminding ourselves that it was a distillery. It was certainly not what we expected. But we were in tropical North Queensland surround by banana palms. How could we expect anything else?

The range: and yes, the SexyCat is sitting in a high heel shoe!